The direction of the SixSeven is now known, as are the operators. But not all of the rooms in the Royal Hamilius Center have been occupied yet.

On the roof of the Royal Hamilius

The direction of the SixSeven is now known, as are the operators. But not all of the rooms in the Royal Hamilius Center have been occupied yet.

(mm with David THINNES) – The long-awaited opening of the rooftop restaurant at the Royal Hamilius is fast approaching. If you turn towards the Boulevard Royal at the end of the Grand-Rue, you will see a large poster on the building with the inscription “Coming soon”. restaurant sixseven is also active on social networks to promote itself and post vacancies to recruit employees.

A new restaurant (named “Six-Seven”) is scheduled to open in July 2022. But the mystery still surrounds the identity of the investor who decided to bet on the roof of the Galeries Lafayette in Luxembourg City.

In mid-January this year, developer Codic announced that a tenant had been found after months of searching. The restaurant, which occupies the top two floors above Galeries Lafayette, is scheduled to open in July and will offer superb panoramic views of the capital.

A director has been found

The first details were then revealed on social media in early February this year in collaboration with a communications agency, Ierace Dechmann+Partners, based in Leudelange. “1 restaurant, 2 atmospheres = the six and the seven” can be read there. The first is a bar-restaurant that will be open all day. that seven is advertised as a “bistronomic restaurant for connoisseurs”.

A director has already been found in Thibaut Deltour. The latter explained in an interview with “Paperjam” at the end of March that around fifty people would be recruited for the two floors. People are also recruited via Facebook, where they are looking for a “head waiter” or a “second kitchen”, for example.

From the pharmaceutical industry to gastronomy

By researching the operators of the restaurants, we find what we are looking for in the commercial register. On April 16, 2021 the company Top of Liberty was founded. Two names in particular stand out among the administrators: Henry Hassid and Maxime Hassid. The second manages the company Sport4Lux with another partner, which opened a multi-sports facility in the industrial area of ​​Munsbach in October 2021.

His father Henry founded the pharmaceutical company H3 Pharma in 1984 and is a racing driver in his spare time. The 62-year-old Frenchman founded the restaurant in Versailles with his son in 2019 blue White Red, specializing in meat. This is also where Thibaut Deltour, the future director of sixseven has been director since opening. 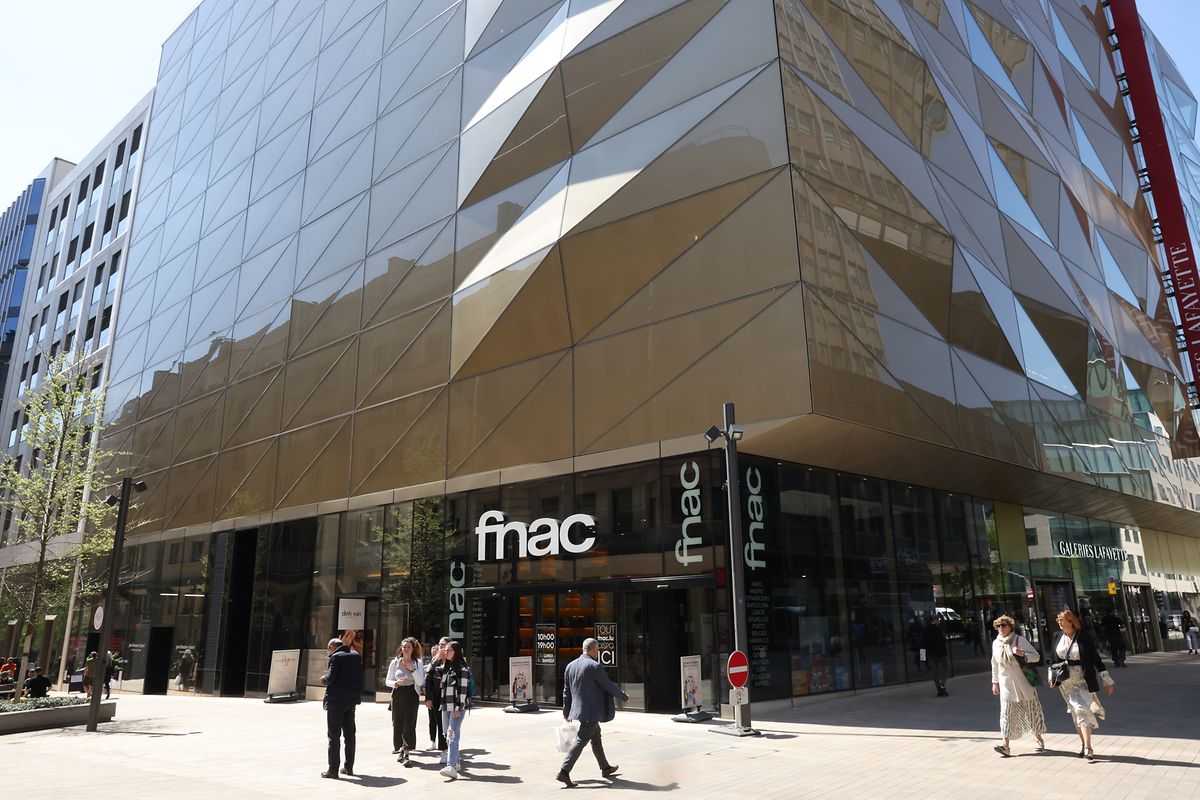 The household appliance and leisure market FNAC was one of the first tenants of the Royal-Hamilius at the end of 2019….

The household appliance and leisure market FNAC was one of the first tenants of the Royal-Hamilius at the end of 2019….

…and the supermarket chain Delhaize. On the right you can see the new branch of Caterer Steffen.

View of the former post office building which has been converted into a hotel.

The Lëtz’ Refashion is currently located next to the Delhaize building.

The post office also opened an office in the Royal-Hamilius.

But there are also blanks.

A tenant is to move into this commercial cell soon.

The opening of the restaurant would end a long wait. At the end of 2019, the first tenants moved into the Royal-Hamilius: the supermarket chain Delhaize, the household appliance and entertainment store FNAC and the Galeries Lafayette. The roof restaurant had already found a tenant, the Momo group from Paris. However, he withdrew in October 2020. Since then, the search for a new tenant has been going on.

The buildings of the Royal Hamilius are largely well documented. Restaurateur Steffen opened a two-storey restaurant at the beginning of the year. It’s well attended. Opposite are branches of the post office and the mobile phone provider Tango. The Royal-Hamilius also houses some clothing stores such as Helsinki or Lët’z Refashion by Caritas.

Nevertheless, there are still some empty spaces on the ground floor. A Firce Capital representative declined to say how many there are currently, other than that negotiations are ongoing.

On site, we see that around half a dozen spaces are currently unoccupied. On one wall of the facade, with a view of the Rue Aldringen, a “Coming soon” can be seen at the window: soon we will find “organic coffee” and “freshly prepared dishes”.

Firce Capital is a financial company whose shareholder is the sovereign wealth fund of the United Arab Emirates, the Abu Dhabi Investment Authority, the main investor in Royal-Hamilius – and also in Place de l’Etoile. Fire Capital takes care of the leasing of commercial space.

In the Royal-Hamilius on Boulevard Royal, where the bus station is, there is another empty place, number 51A. If you look through the windows, it looks as if the ceiling has collapsed… According to the building permit, offices are to be built on floors 1-3 and apartments on the upper floors. But from the outside, most don’t look inhabited.

On a well-known sales platform, for example, a 67 square meter one-room apartment is offered at a price of 1.1 million euros… The Royal Hamilius continues to fill with life, even if there is certainly still room for improvement.

In the family we knew the father Frank, the son Tom is now the daughter Lisa. It’s she who just put the group’s new restaurant in her gravy. In the heart of the capital, the “Mezzanine du Boulevard” opens on January 6th.

Atelier Steffen will soon be opening a take-away point of sale in the capital’s shopping mall. A new address for the group, which opened a restaurant and take-away at the main train station last year.

On the roof of the heart of the urban mall, Manko will not open, a table known for its Peruvian flavors. The current context has led the brand to refuse the opening of this new facility.

Six months before the official opening of the shops, the gigantic construction of the city center is complete. Discover in a preview the interior of the premises with a view of the Luxembourg capital.

The major Royal-Hamilius project is still a huge construction site, but all stores and the panorama restaurant will be able to welcome their first customers from November.

In the “irreducible” tower of Royal-Hamilius

He stopped, alone amidst the ruins. The building at 49 Boulevard Royal in Luxembourg and its occupants live in the heart of the gigantic Royal Hamilius construction site that will transform the center of the capital. Why is this building still standing? How do its tenants live in the midst of noise and dust?