The large Stereolux concert hall in Nantes has been converted into an exhibition hall to house the 18 works in the exhibition. hypernatural by Scopitone. A showroom? It’s more like a large CNRS research laboratory, a room for digital experiments or even a kind of digital vivarium in which the sixteen artists have invested.

Digital artists, they don’t use the brush but the pen, sculpt in 3D, paint in augmented reality… And because they speak for Scopitone about nature, which we mostly abuse, they are even surrounded by scientists, engineers and physicists …

In the middle of the room, bottles with intricate shapes or deformed stills glow and crackle. They contain argon, neon, krypton, xenon, nitrogen… With this piece, Zoryas, Claire Williams makes electromagnetic waves visible. 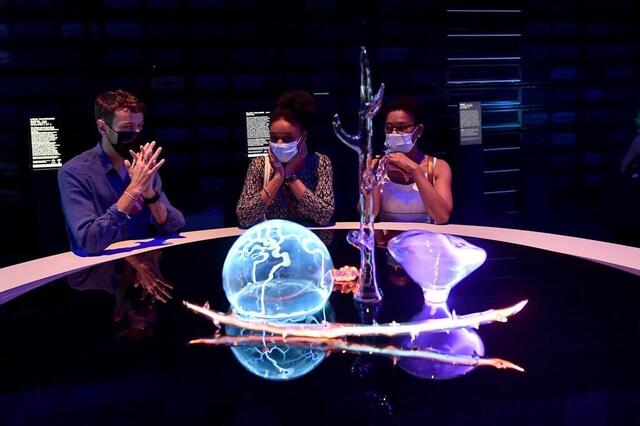 Under a bell, a small ice cube is supplied with a drop of water every hour. Like the little prince’s rose. Work of Barthélémy Antoine-Loeff, who calls himself “Iceberg Farmer”. It compares the time of emergence and formation of a glacier with that of its disappearance. Ecological poetry, echoing off the terrestrial globe immersed in a bluish liquid, by the eco-activist collective HeHe, pointing out, without comment, the misdeeds of man in relation to the climate. 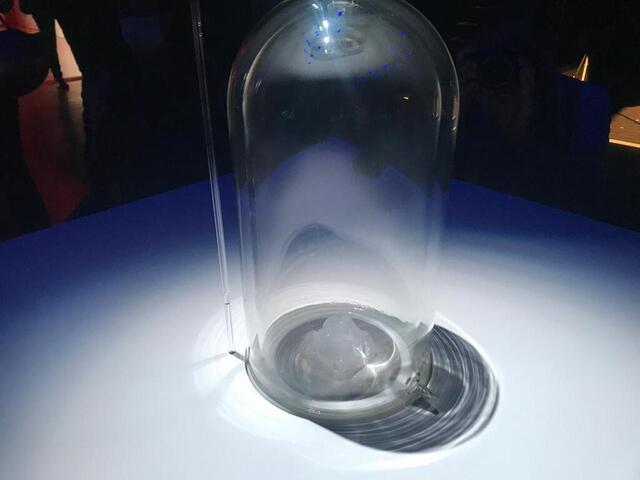 Plants in four types of digital vivariums. These are extinct plants recreated by Sabrina Ratté. Elise Morin also worked on plants. With scientists she created TM, a Plant capable of modifying its DNA to resist radioactivity and tested in the Red Forest in Ukraine near Chernobyl. It is presented to us as a photo or in augmented reality, 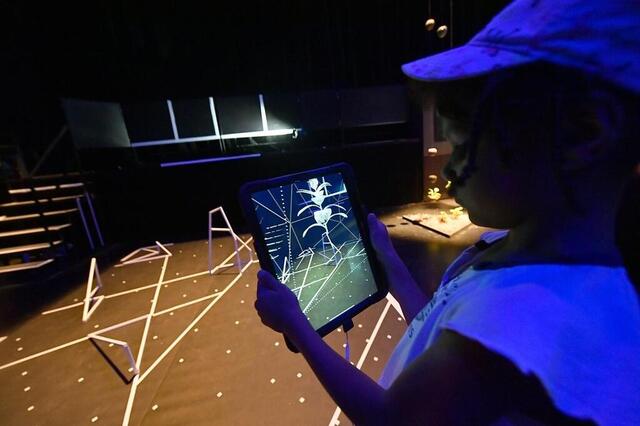 Also to be seen in augmented reality, the work of Elise Morin. © Marc Roger

17 pieces are presented, exciting but pretty hot. But in order not to miss it, we advise you to take advantage of the guided tours this Saturday and Sunday: at 11:30 a.m. for children over 7 years old, then at 1:00 p.m. and 6:30 p.m or 7 p.m. adults (registration on site within the scope of the available gauge).