Sharp program and public success for the 18th edition of the Out Of The Crowd Festival on Saturday in the KuFa. Atmospheres and best photos.

Out of the crowd festival

Sharp program and public success for the 18th edition of the Out Of The Crowd Festival on Saturday in the KuFa. Atmospheres and best photos.

The public in the region is sometimes said to have a certain reluctance to open up new horizons. A try of intent swept away by the defense this Saturday. The ideas laboratory, led by the non-profit association The Schalltot Collective and KuFa, was convincing. And the few rays of sunshine that shot into the faces in the inner courtyard of this backdrop did the rest.

The audience was present at this 18th edition of the festival.

The 18th edition of the “Out of The Crowd Festival” was a complete success. “The number of visitors is higher than in previous years. We had to settle for a more minimalist version in 2021. Today we see people coming back and smiling everywhere. For some, it’s the first festival in two years,” says KuFa programmer Marc Scheer.

This spring event is a kind of synthesis of the boldness that Les Rotondes, De Gudde Wëllen and of course the hall of the Eschois cultural center display every day. A kind of brainstorming of underground music and a world tour of alternative sounds.

Eleven bands, nine nationalities and the spectrum of amplified music explored with the sharpest side of the pen. Anyone who hasn’t found happiness is an incorrigible rebel. 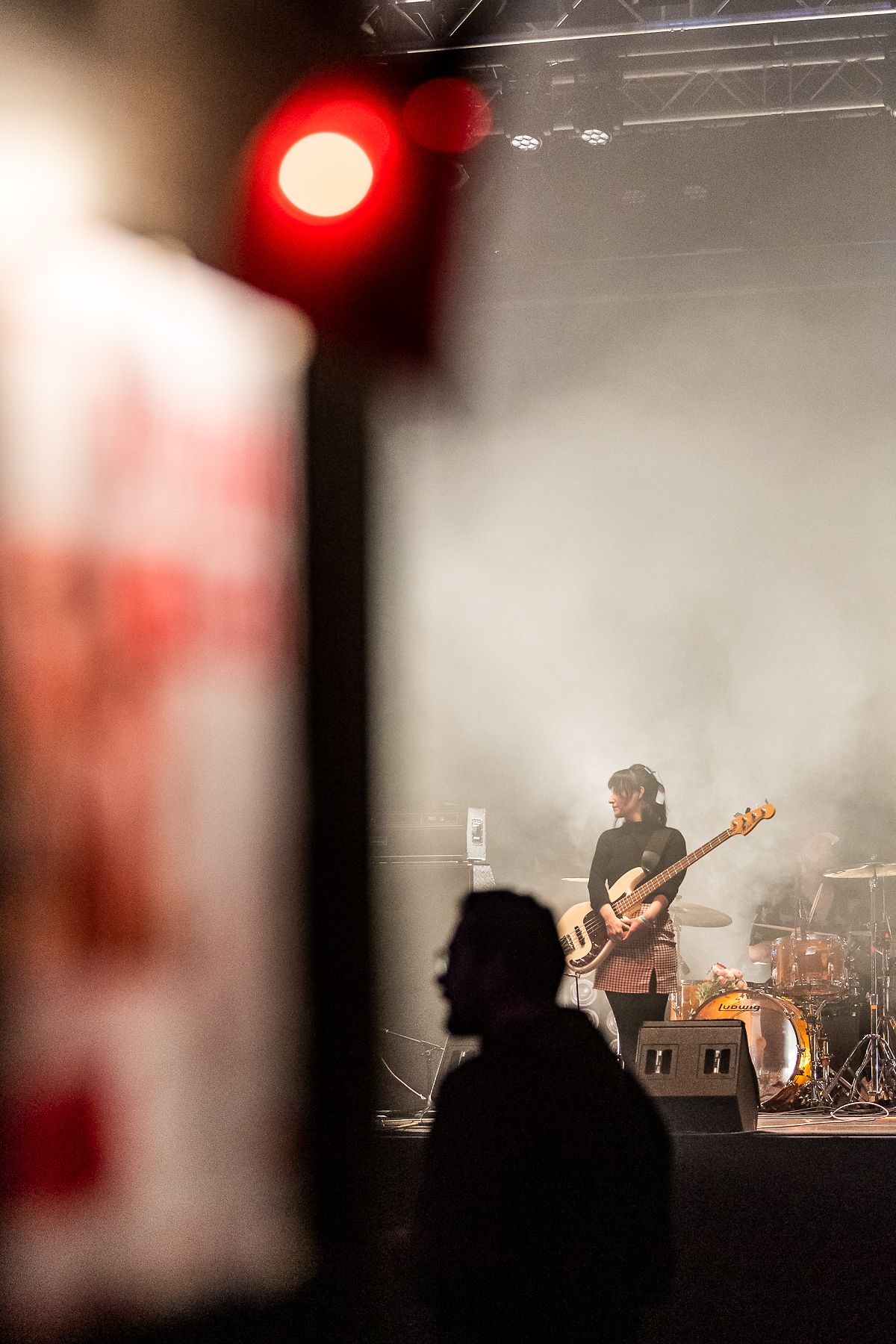 The local scene shone with The Cookie Jar Complot and First Mote. The duo consisting of Jamie Reinert on guitar and Christophe Demart on drums opened the festival in a small space. On the floor, in the heart of the public, as if these multiple influences could be better shared. There is jazz, post-rock and a portion of improvisation, which perfectly ring in the afternoon.

After a two-year hiatus and limitation, it’s time for the 70th anniversary.

The crowd has already taken the place. The Spanish fanatics of Melenas brandish their little candies with some psychedelic loops conjuring up memories of the 80’s, while the Brits of Penelope Isles end their tour with a melodic set and subtle arrangements that sublimate Jack Wolter’s tender voice. 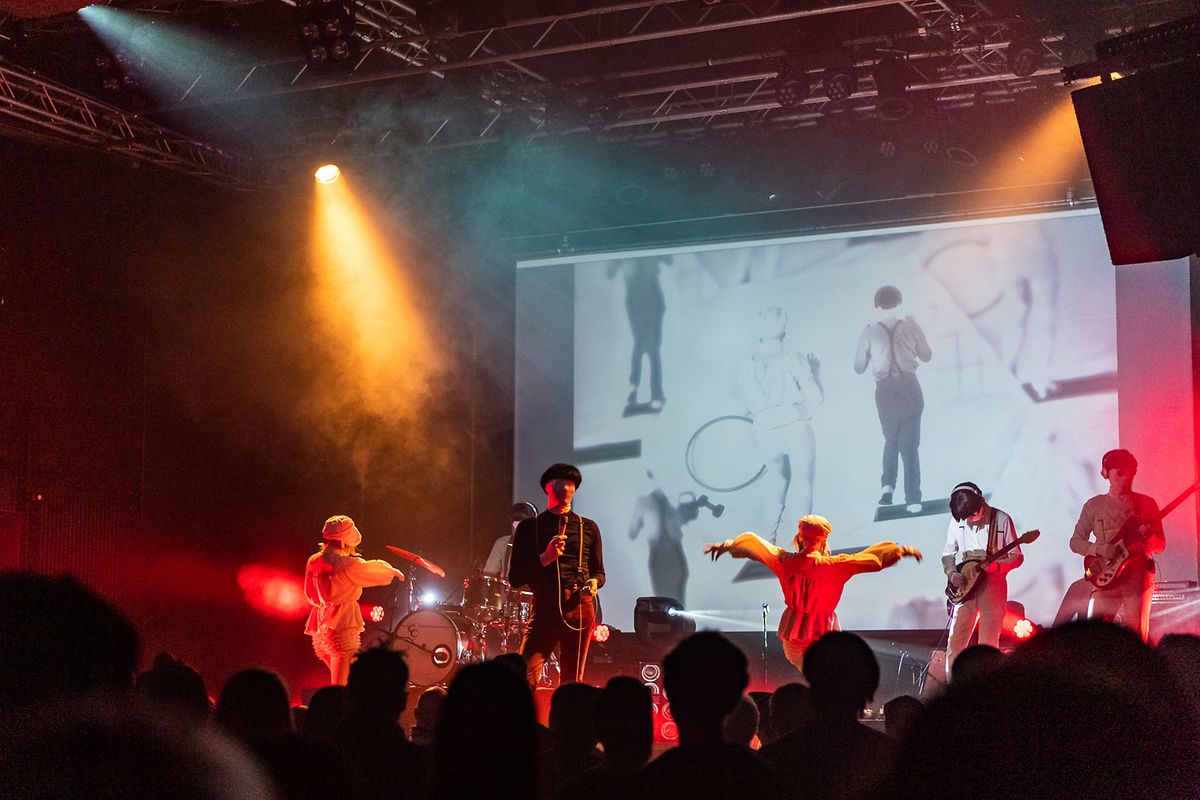 Jonathan Bree offers the first highlight of the evening. The faceless New Zealander takes his audience into the cosmos with electronic sounds that are sometimes dark, sometimes enlivened by the voices of the two Columbines accompanying him. A locked performance taking back roads we’ll never get off.

Especially not with Honey For Petzi. 18 years later, the Swiss return to the scene of the crime. With a new album but the same madness. Jerky skirt delivered without compromise. The Lausanne trio-turned-quartet on stage sometimes roams the land of At The Drive-In. Honey for our ears.

“My Zizi is a slurp,” he said on stage. Belgian singer Arno with a broken voice and a Flemish accent has died.

And decibels a little later when Nothing takes over the big stage. Domenic Palermo’s soft voice contrasts with a wall of guitars that shoegaze lovers have not denied.

New highlight of the evening, the performance of another American combo, Bodega. The New Yorkers are building a solid reputation, and the small space eventually matched the energy exuded by Ben Hozie and his henchmen. The leader has more than one string on his bow. When he’s not singing, he’s making films. And when he finds himself behind a microphone, he engages in a sort of monologue. It sounded like a confrontation between Talking Heads and the Beastie Boys from the “Sabotage” era.

Promise kept for one of today’s best bands.

We need to remember that name and highlight it on this poster, like we did with The Murder Capital in 2019.

It only remained to give the evening a more electronic touch with the Canadians of Holy Fuck and spice it up with the African rhythms of Mdou Moctar.

The festival summer starts in spring. And the bar is set very high.

“My Zizi is a slurp,” he said on stage. Belgian singer Arno with a broken voice and a Flemish accent has died.

At 75, after centuries of gritty stage shows, Iggy Pop is no longer completely insane – but still scantily clad.

Promise kept for one of today’s best bands.

After a two-year hiatus and limitation, it’s time for the 70th anniversary.

They wanted to record a record at the Montreux Casino, but things turned out differently. Under adverse circumstances, a rock anthem was created with “Smoke on the Water”.

The pop year 2022 promises to be a good one – including some surprising comebacks and supposed superstar albums.